Plenty of distress followed the popping of the housing bubble and the hard landing of the economy.

Lenders are taking hits from all directions — they lose money on short sales, and often face worse damage from foreclosures.

But as the excess paper value of homes from the bubble era is shed, and red ink on the lenders’ balance sheets grows, investors see opportunities.

They’re out there looking for opportunities to pull off what I call “foreclosure flips.” The concept is simple: Buy low, sell high.

An investor may scan upcoming foreclosures or research new bank-owned offerings to identify a property that can be purchased for well below its market value. They buy it, fix it up as needed, and try to sell it for more. If it works, the investor pockets the difference.

Foreclosure flips have been common in some of the decimated housing markets of Southern California, especially out in the Inland Empire.

Three foreclosure flips just hit the radar in the beach cities, though I’m sure there are plenty more out there: 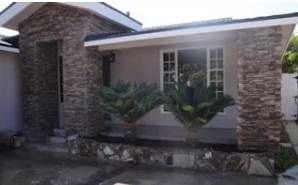 [UPDATE: This flip flopped. The home sold in February 2011 for $1,380,000, not enough to cover the costs of acquisition and real estate commissions. See this post at Manhattan Beach Confidential for some details, plus this post explaining how a failed short-sale attempt wound up costing the bank more.]

Of course, investors have costs in these sales. They have to pay real estate agents, and they often incur some remodeling costs in addition to the cost of holding the property. But with a big enough margin between acquisition cost and market value, the investor should profit. Not every foreclosure flip pans out. A friend of mine now lives in a home that was snapped by an investor when it foreclosed a few years ago. Turns out, despite his vast expertise and many holdings, the investor goofed on that one. The market rejected his marked-up price and my friend took it for 10 percent less than the investor paid.

‘Huge’ in the Eye of the Beholder 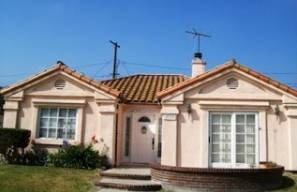 The listing touts this as a “(H)uge price drop,” but I suppose everyone has their own definition of what “huge” means in a case like this. The quick correction comes, they say, because the “seller wants to sell yesterday.” And while that’s technically difficult, we get the point. If this one doesn’t work, when’s the next “huge” cut?