A Pearl of a Flip in South Redondo

The home discussed this week is 815 Pearl in S. Redondo (click highlighted address for more pics & details via Redfin).

It's a flip, but a professional flip – not like one of those quickie jobs you used to see on cable TV. 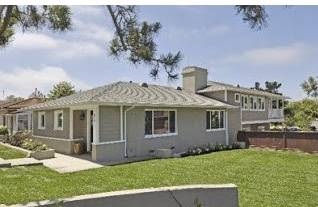 It blew me away to see one of those home-flipping remodeling shows on a friend’s TV the other day.

What, they’re still making these shows? Three or four years after the
housing bubble burst?

The last time I had seen a “reality show” featuring a home flipper was over a year ago, and even by then the genre had changed noticeably from the go-go days when amateurs would remodel homes and garner big profits.

The person featured in the show I saw was a first-time flipper, a clueless woman with ridiculous remodeling plans, delusional expectations for her resale and just one asset: a mom who kept bailing her out.

Unfortunately, they never showed how the final product fared in the market, though I’m guessing it would have made for a grim second episode.

It crossed my mind that the whole show could have been a put-on, with an actress hired to impersonate a naive flipper, and all of the remodeling costs underwritten by the cable network. Hey, if the show sells ads …

You don’t see those sorts of individual flippers out in the real world very much these days. But the pros are still profiting here and there.

For a model of how they can do it, look at 815 Pearl in South Redondo Beach (south of Torrance Boulevard).

Late last year, word got out that the tired, chopped-up house was going to be available. It didn’t hit the open market, but investors got word. One jumped, paying $680,000 for the house in November.

The home needed everything. The late-1940s original had been split up into two units, but a single-family home would be more attractive on the open market.

So the remodel at Pearl required a redesign of the interior, upstairs and down. Walls were moved, floors and windows replaced. There would be major updates to plumbing and electricity, plus, of course, a modern kitchen (with stainless steel appliances, de rigueur) and upscale baths. They even moved the garage entry from the street to a back alley to create more yard space. (Sound easy? Try it.)

About eight months later, the final product is a bright, open home with the distinct feel of new construction. The three bedroom/four bath home boasts nearly 2,500 square feet on a newly landscaped corner lot. Each bedroom has its own bathroom — a modern luxury you wouldn’t get in a quickie remodel like you might catch on cable TV.

Meanwhile, one artifact of the old structure remains: off one side of the house, you’ll find a small, low-ceilinged suite downstairs. Once a part of a second unit, it could be great for storage, a kids’ clubhouse or your teenagers’ band practice. You have to love quirks like this.

The challenging remodel cost something over $300,000, listing agent Tony Puma told me. The work went through some unforeseeable problems and tasked the patience, skill and time of the interim owner, but he got it done. One
of those cable flippers would have been buried or in foreclosure by now. The pro flipper here stands to get out with an attractive return, depending on how buyers respond.

We’ll check back with 815 Pearl as it progresses over the next few weeks or months.